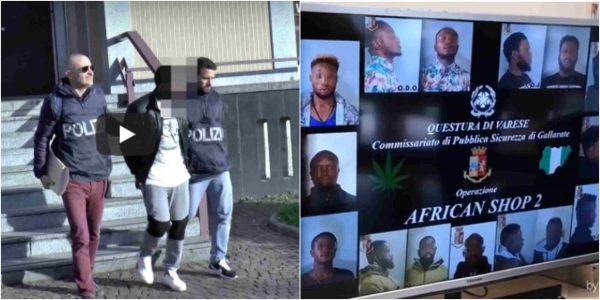 The Italian police have arrested 10 Nigerian drug dealers in Gallarate city of the country. The Nigerians were nabbed for dealing in marijuana on the streets.

The suspects are said to be between the ages of  21 and 32 and were arrested alongside other African asylum seekers.

The police team through thorough investigation revealed the methods of sale and the places where the drugs were stored by the suspects.

” African shop 2 “said to be operated by Nigerians was birthed and again busted by the officials.