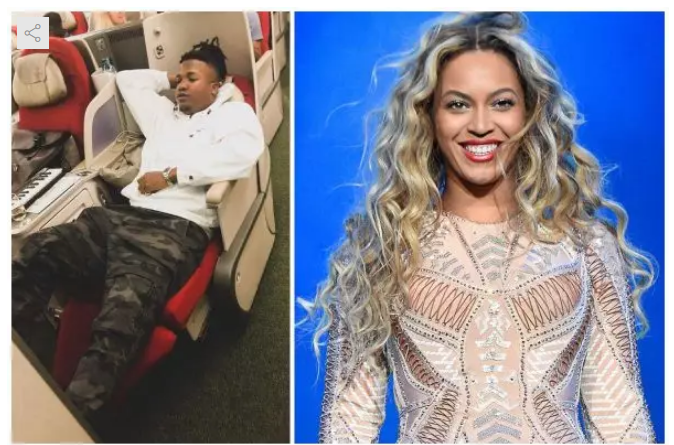 Nigerian singer Davido has just revealed that ace music producer Kiddominant is on Beyonce’s next album.

Lyric website, Genius, claims the mom of three will be releasing a new album that may be titled ‘B7’ and may be released April 18, 2019.

Davido taking to his Instagram page on Wednesday, April 17, 2019, revealed via a screenshot of the track the producer worked on with the caption;

“Omg @kiddominant !! Made it on Beyoncé Album! Jesus!!” he wrote.