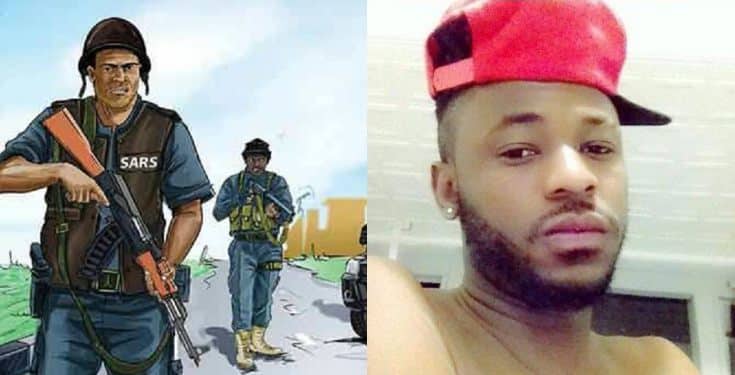 Police Inspector Ogunyemi Olalekan who killed Kolade Johnson in the Mangoro area of Lagos on Sunday, while he was watching a Premiere league match between Liverpool and Tottenham, says he only fired once.

Ogunyemi, who has been arraigned by Lagos State Police Command before a Chief Magistrate Court in Ebute-Metta said he only “shot up once.”

Speaking to Channels TV in an interview, shortly after he was dismissed from the police force, the suspect said the had been called to the scene, to arrest some cultists when the unfortunate incident occurred.

Ogunyemi who was handed over to the Criminal Investigation Department (CID), Panti, for prosecution and arraigned in court on Friday said only he did was to “shoot up” once but ended up killing the “boy in question”.