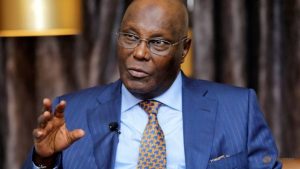 The Peoples Democratic Party(PDP) presidential candidate, Alhaji Atiku Abubakar, has reacted to the now trending news that he paid a firm $30 000 to lobby the US so as to recognize him as the authentic winner of the February 23rd Presidential election.

Speaking through his Mr. Paul Ibe, he said the rumor was peddled by President Muhammadu Buhari campaign group. He further added that lying has become a culture of the APC administration.

“Lying has become a culture to the APC administration and therefore, we are not surprised by their latest diversionary allegations.”

“since Atiku resisted pressure not to go to court, the APC has been behaving like a cat on hot bricks because the outcome of the 2019 elections has exposed and shattered the facade of their dubious integrity.”

“the APC are behaving nervously like a thief living under the fear of being exposed and shamed”, and that “they are now using fake news against Atiku instead of focusing on defending themselves in the court.”

“For a party that has broken the worst record in election rigging, the APC doesn’t have any iota of integrity to be taken seriously by anybody”, he submitted.