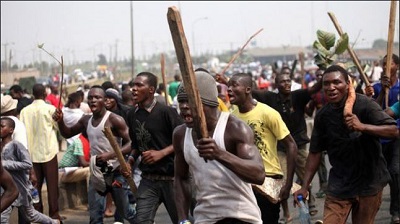 Governor of Zamfara state, Abdulaziz Yari has revealed that 3,526 persons in the state have been killed by armed bandits in the last five years.

This was revealed during a town hall meeting in Gusau, the state capital, on Tuesday, attended by Mohammed Adamu, inspector general of police (IGP), traditional and community leaders, herds men and farmers.

Abdullahi Shinkafi, secretary to the state government (SSG), who represented the governor revealed that “nearly 500 villages” have been destroyed by the attackers.

“over 13,000 hectares of farmlands were either destroyed or made useless as farmers can no longer use the lands for farming”, he added.

“Nearly 500 villages have also been devastated and 8,219 persons were injured, some are still in critical condition,” he said.

“The economy of the state has seriously suffered because thousands of shops were destroyed by the rampaging bandits who had displaced thousands of our people from their places of abode, many of whom cannot sleep with their two eyes closed because of fear.”

He also stated that the governor was aware of eight prominent bandits camps at different locations in the state.

Adding  that the miking ban in the state “be followed by enforcement, because, it is one thing to ban, and another to enforce.”