Nigerian-born fighter Israel Adesanya knocked out his American opponent Kelvin Gastelum twice in the main event of the UFC 236 and claimed the UFC interim middleweight title after he was announced the winner via unanimous decision in an epic five-round fight.

Adesanya was knocked down in the first round, but he recovered in the second to the fifth found to win his first UFC belt.

“I was ready for a 5-round war, but it is not what I expected.

I have to take a shower to gather my thoughts, re-watch the fight before I say too much about the fight, but what I will say is Kelvin did well to land the jab. That was unexpected and I was surprised to let him get that jab. I was able to touch him whenever I wanted. You need fights like that in your back pocket, but like I’ve always said destiny is an understatement – the next fight… I will make it memorable.” 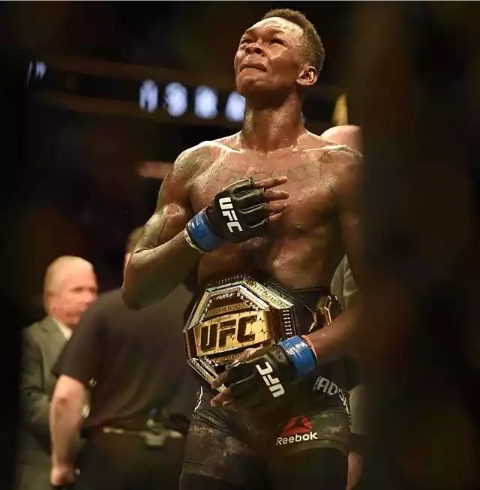