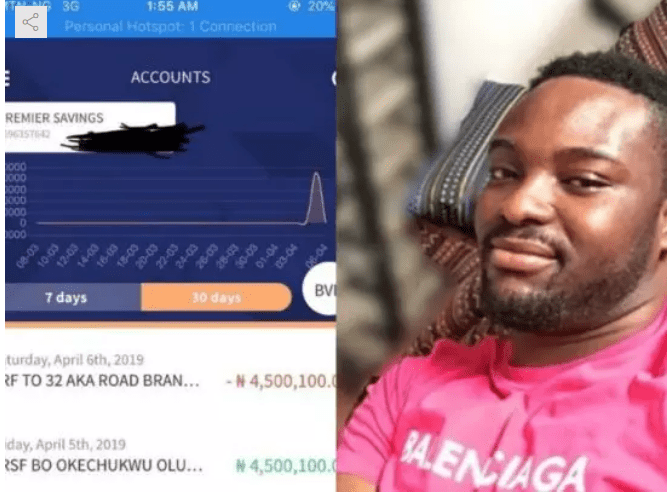 A Nigeria producer Austynobeatz has taken to social media to narrate how millions was mistakenly credited to his account.

According to the music producer, he was tempted to spend the money but did not.

“So apparently someone I didn’t know sent me 4.5million by mistake to my access account and I returned it back , At first I was wondering which of my clients would have sent money for a project without telling me, not until I got a notification, hmm this money doesn’t belong to me, Spoke to some friends majority said “ Guy God don send you natural wire transfer no dull your self “. That sounded exciting at this time of the year 4.5m. To cut the story short I returned the money back, I don’t even know if It was a test from God , All I know is there’s a reward for every good deeds. Sooner or Later I’ll find out.
But I no go lie that money for sweet my belle if one of my partners had sent it to me”.