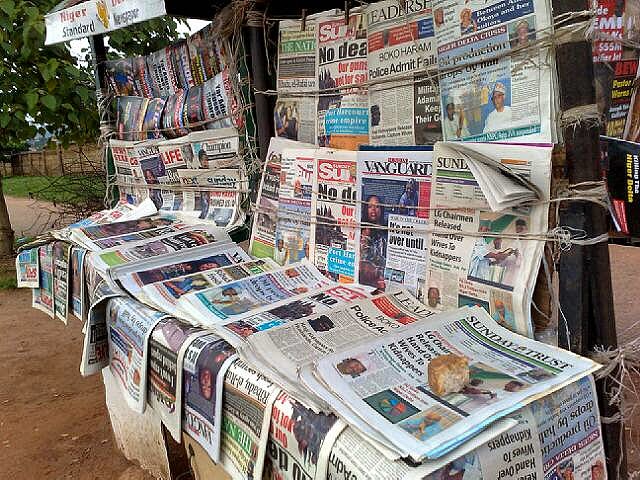 The police command in Rivers says it has intensified security and restricted movement in four local government areas of the state where supplementary election will hold on Saturday.

The International Monetary Fund (IMF) yesterday, clarified its earlier position on the poor scores given to the Nigeria Sovereign Wealth Fund, saying it only has concerns with the lack of transparency in the management of the nation’s Excess Crude Account (ECA).

Atiku is not a Nigerian, APC tells tribunal

The All Progressives Congress (APC) has told the Presidential Election Petition Tribunal that the candidate of the People’s Democratic Party (PDP) in the poll, Atiku Abubakar, is not a Nigerian and therefore not qualified to have contested for the election.

In furtherance of the state’s stance against child molesters in the state, the Edo State Government has assured justice for a 12-year-old child allegedly defiled by a community leader in Oregbeni Quarters, Benin City.

THE governorship candidate of African Action Congress (AAC) in Rivers State, Biokpmabo Awara, has urged the Federal Government to bring to book the perpetrators and sponsors of cultism in the state. He made the call yesterday in an online statement. His words: “I condemn in its entirety, the killings taking place in different parts of Rivers State, as a result of cult-related activities.

The Chief of Army Staff (COAS), Lt.-Gen. Tukur Buratai, on Thursday lauded the doggedness of gallant troops over defeat of Boko Haram insurgents at Maisadari community in the outskirts of Damaturu, Yobe.

Atiku Not A Nigerian, Unqualified To Contest For Presidency, APC Tells Tribunal

The All Progressives Congress (APC) has told the Presidential Election Petition Tribunal in Abuja that the candidate of the Peoples Democratic Party (PDP) in the Feb. 23 presidential poll, Atiku Abubakar, is not a Nigerian.