Home Metro News Nigerians react as girl who attended one of the most expensive schools...
Facebook
Twitter
WhatsApp 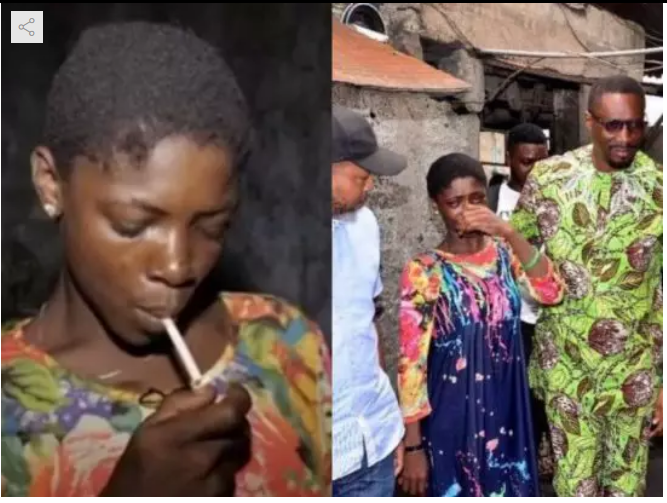 A young Nigerian woman, Lizzy(26) has drawn the attention of social media, after a video of her was post on Pastor Tony Rapu’s page.

Lizzy, apparently from a well-to-do home, judging by her primary(Caleb) and secondary school(Vivian Fowler) background was on the brink of self-destruction – before help came through the humanitarian pastor.

Mr Rapu who picks up drug addicts from the streets and help them overcome their addiction has shared the story of Lizzy, a beggar at the day and a prostitute at night — who does these things, just to raise money to fuel her heroin addiction — which she got into through an ex-boyfriend.

Many Nigerians have found it hard to wrap their heads around how a girl from an obviously wealthy home, ended up on the street as a prostitute and a drug addict. Where are her parents, did they ever try to help her, who’s to be blamed? — These are the many questions, Nigerians are asking.

How did a parent we who paid this amount of fee at vivian Fowler allow their kid end up in drugs. pic.twitter.com/n7C0v0YwUC

Heroine and cocaine ain't cheap drugs which makes it a habit that can be cultivated by the wealthy. These drug menace have eaten too deep into the society, how many more Lizzy do we still have out there?

Watching that girl that's addicted to Crack and heroine story just made me realise that as a parent you can do your best but your children will still choose their path.
She went to Vivian Fowler and Caleb but now she's living on the streets.
I'm really really rooting for her.

Lizzy is so young that i cant hold my self but cry….. Vivian Fowler isn't a poor man's school. But how her parents ignored her, still beats my imagination.

NG parents think providing shelter, food, clothing and education for their kids is all there is to parenting. They ship off these kids to these expensive schools like Vivian Fowler and don't know shit about what goes on in the lives of the kids and expect the kid to turn out well