According to reports, a young Nollywood actor Dammy Eke has been confirmed dead in Rivers State.

According to reports, Dammy slumped at a bar in Port Harcourt, Rivers State, yesterday, the 28th of April and died instantly.

The actor’s death was confirmed by his brother when contacted to check the authenticity of the story. The cause of his slump has not been ascertained as at the time of filing in this report.

Also Read: Stylist Toyin Lawani reveals that she is working for her daughter

Prince (Dr.) Dammy A. Eke was a Justice of Peace, JP, an Ambassador for Peace of UPA, and an actor.

Prince Dammy featured in various Nollywood movies such as ‘Reincarnated God of War, Pains of Sister Rose, Mysterious Events’ and a host of others. 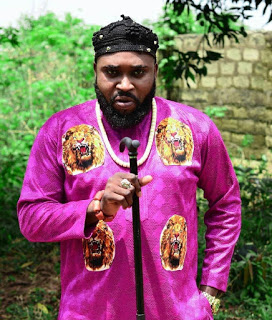