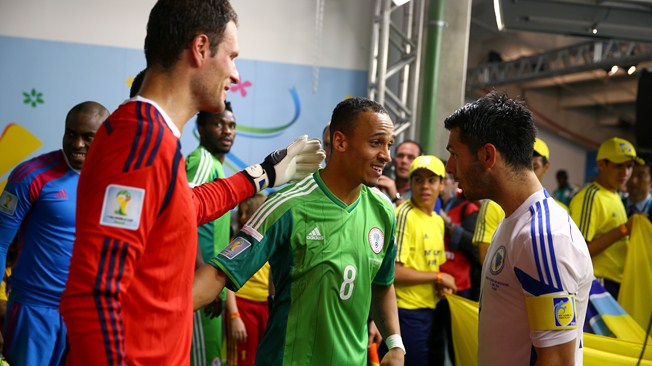 Odemwingie who played for the country more than 60 timesshared his thoughts on his retirement during an interview saying; “It’s an emotional day, so many memories go through your head.

“I didn’t know how to do it or where to do it, but I think this is the right place to do it. Wembley is a place with a lot of history in football.”

“The next chapter is slowly building up to a coaching career and hopefully I will be coaching in the Premier League one day,” he said.

UEFA Scraps Away Goals Rule In All European Club Competitions