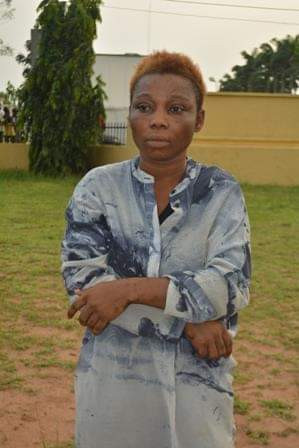 A 23-year-old young woman has been arrested by the Imo State police command.

The young woman, who is said to be a commercial sex worker was arrested in connection to an armed robbery incident that happened in Owerri North L.G.A  of the state.

CP Rabiu Ladodo, the state’s Police Commissioner, made this known on Friday, saying the suspect Ifeoma Agbo of Umuakara Isambo L.G.A of Ebonyi state who worked as a sex worker at Chicken Star Hotel, Atta Ikeduru L.G.A of Imo State was arrested alongside a couple of men who had robbed someone of some items.