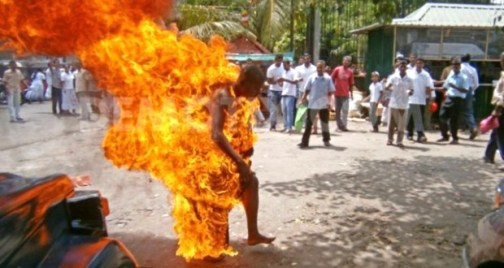 A 37-year-old man had many talking today after he set himself ablaze.

According to reports, the man identified as Chinedu Nweze has since been taken to the Alex Ekwueme Federal University Teaching Hospital, Abakaliki, for treatment after he allegedly set himself ablaze.

He reportedly tied his leg before proceeding to douse himself with petrol and striking a match.

Reports have it that he had earlier complained about being frustrated on his inability to cater for himself.