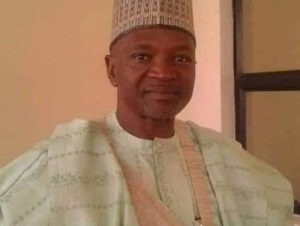 The member representing Kaduna west senatorial district in the National Assembly, Shehu Sanni, has reacted to the unfortunate event which involved the kidnap of Universal Basic Education Commission (UBEC) chairman, Professor Muhammed Mahmood and his daughter while his driver was shot dead on the spot by the bandits.

Shehu Sanni who reacted through his Twitter handle described the news as tragic and unfortunate before going on to call on the security agencies to jointly intensify efforts to rescue the (UBEC) chairman and daughter unscathed.

The reported kidnapping of Dr Muhammad Abubakar Mahmud and his daughter and the killing of his driver along Abuja Kaduna road today is tragic and unfortunate.I call on the security agencies to jointly intensify… https://t.co/yvQX9hUt1I