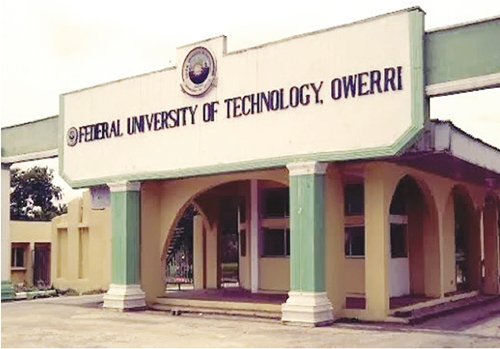 Three students of the Federal University of Technology, Owerri (FUTO), Imo State died on Tuesday night, in their hostel after taking overdose of tramadol, codeine and vodka while having sex with a co student.

The tragedy occurred at Sunshine Lodge, Ihiagwa, one of the satellite communities close to the university.

Two of the students reportedly died instantly while a female and a male student were found unconscious – and were immediately taken to the Federal Medical Centre Owerri.

The male student later died at the ICU of the hospital. They have been identified as Ugochukwu Kingsley, Aka Uche and Richard.

Students in the hostel have reportedly fled the hostel, while the hostel caretaker has been arrested by the police.

“On April 2, information was received from the caretaker of Sunshine Lodge in Ihiagwa, that the students of Federal University of Technology, Owerri, were engaged in a sex romp with one Onyinyechi Okafor, also a student of the same university.

“Police detectives from Nekede Division promptly mobilised to the scene and found the four victims completely naked and unconscious. The victims were immediately conveyed to the police clinic but Ugochukwu Kingsley and Aka Uche were certified dead by the medical doctor on duty. Their bodies have been deposited at the Federal Medical Centre, Owerri, for autopsy, while their families have been contacted. The condition of the surviving victim is still being closely monitored.”