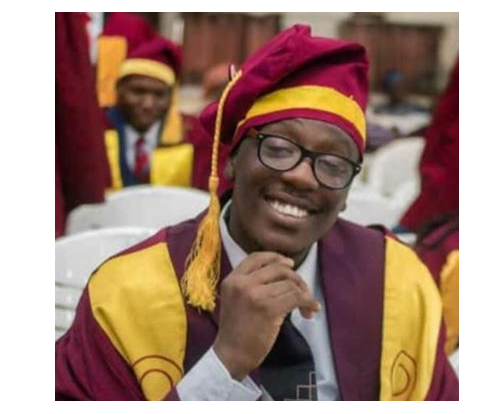 Two persons have been arrested over the medical; graduate, Dr Stephen Urueye.

Recall we reported earlier that the fresh graduate of Unilag, was killed at the Idi Araba area of the metropolis. Stephen just had his convocation on Wednesday April 3rd.

The Lagos police command, while giving an update on the case revealed that two suspects, Gbadebo Jimoh and Malik Adeboye, have been arrested by men of the Itire Police division regarding the case.

The suspects reportedly specializes in snatching phones, money and other valuables in the idi-araba area, where LUTH is located. They have since been  transferred to the state criminal investigation department for further investigation.