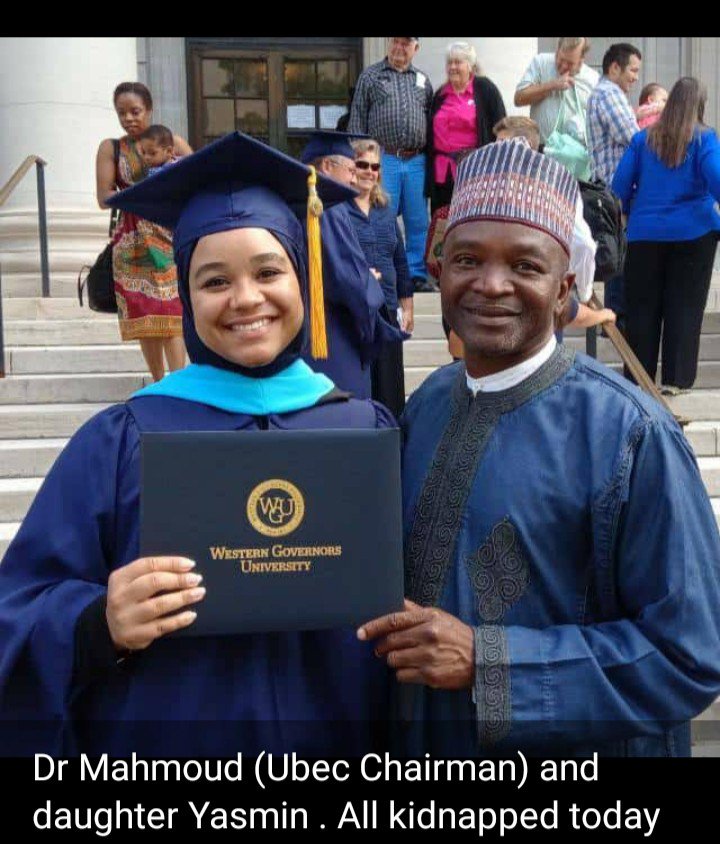 The Universal Basic Education Commission(UBEC) chairman, Professor Muhammad Mahmood, and his daughter, Yasmin, who were kidnapped yesterday along Kaduna-Abuja expressway have regained their freedom.

Their driver was not as lucky as he was killed on the spot by the kidnappers.

The reported kidnapping of Dr Muhammad Abubakar Mahmud and his daughter and the killing of his driver along Abuja Kaduna road today is tragic and unfortunate.I call on the security agencies to jointly intensify… https://t.co/yvQX9hUt1I