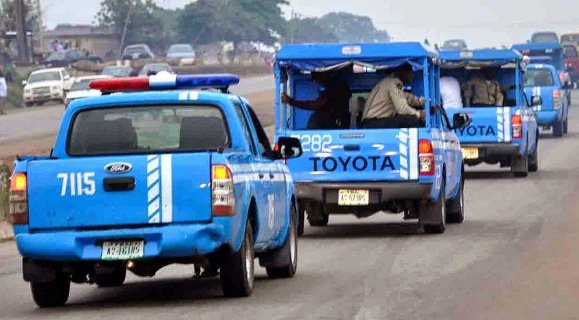 The car, a Toyota Corolla, was reportedly damaged by the officials while trying to force the driver to a stop. The driver on alighting from the car reached for a plank to deal seriously with the FRSC officials.