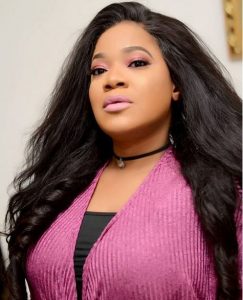 Popular Yoruba movie actress, Seyi Edun, has shared a new video where she asked an upcoming actress, Adewale Kofoworola, to kneel down because she insulted her on social media.

The upcoming actress had insulted her(Seyi Edun) not knowing that she would ever cross path with the controversial actress.