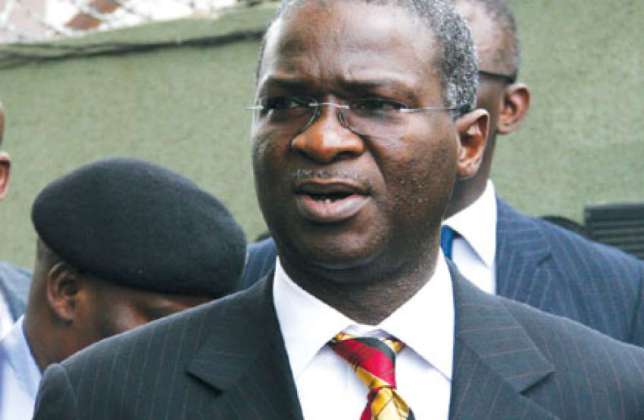 Babatunde Fashola, the Minister of Power Works and Housing is of the opinion that electricity has improved since 2015.

Fashola made this known during a media parley in Abuja, yesterday, Monday, April 29,  adding that well-meaning Nigerians can testify to this fact

“In the power sector, well-meaning Nigerians acknowledge our efforts by saying clearly that their power supply experience has improved compared to 2015, and we acknowledge that the work has not finished. The task going forward is to solve the outstanding issues of estimated billing, supply of meters, add more power and make the supply steady which I stated will be our medium-term goal” he said

“Construction workers will tell you that they now have a better deal, likewise quarry operators. More importantly the road transport operators and their unions and commuters will tell you that their journey times are better. The housing sector has a similar story of economic opportunities with construction going on in 34 states most of which are now largely completed.

But our work is not finished.These are some of the reasons why President Muhammadu Buhari was re-elected. To take the people to the next level and finish the job.” He said the Buhari government has opened a new page in the power sector through his ministry about the possibilities that lie in the off- grid sources. In the works sector, the Ilorin-Jebba road which had collapsed and used to take 3-7 days to traverse 93km is now finished and take a little over one hour to travel.

Maintenance work on bridges, long neglected is being undertaken on assets like 3rd Mainland Bridge, Isaac Boro Bridge, Tamburawa Bridge, Eko Bridge, the old Niger Bridge, while new ones like 2nd Niger Bridge, Bodo-Bonny Bridge, Loko-Oweto Bridge, are being constructed and others have been recently awarded,” he said