Chairman of the Association of Nigeria Theatre Practitioners (ANTP) Mr Latin has responded to rumors going around that popular Yoruba actor and comedian Babatunde Omidina A.K.A. Baba Suwe is dead. 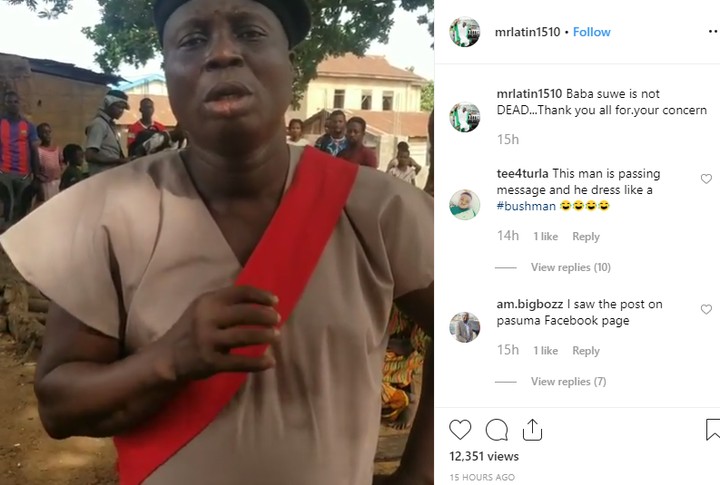 Mr Latin, thanked members of the public for their concern and contribution to ensure Baba Suwe is back on his feet, revealed that he is not dead but currently in the United States for his medical treatment.

Baba Suwe is alive. Disregard any rumor. I just spoke to him. 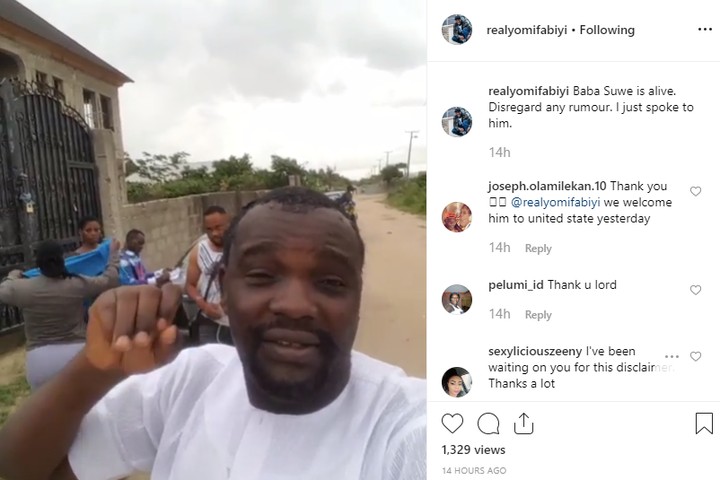