Keyamo said this after the Speaker of the Zamfara State House Assembly, Alhaji Sanusi Rikiji, on Friday said no fewer than 50 persons, including members of Civilian Joint Task Force (CJTF) were killed in the state on Tuesday.

Also Read: Galadima should “respect himself, withdraw from the public and just disappear” – Prof Sagay

Following the recent increase in bandits killings in Zamfara State, some critics have mocked the citizens of the state for voting for President Buhari during the 2019 elections.

However, Keyamo, responded to the critics via his Twitter handle on Monday; saying “Those who’re deriding the people of Zamfara for voting PMB, despite security challenges, are not really shaming them; they’re rather shaming their own Presidential candidate who, in spite of these challenges, was never considered a trustworthy alternative to PMB by the Zamfara people.” 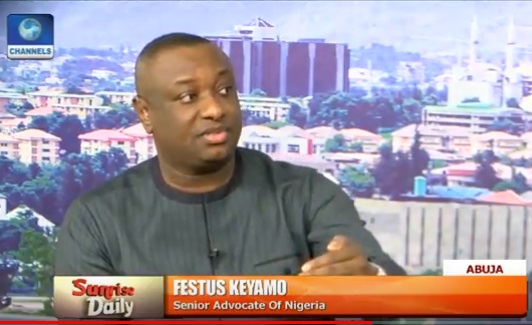