A Nigerian and Food Connoisseur, Samuel Otigba, has shared his sexual abuse story as a way of joining the campaign against sexual assault in men.

According to Samuel, he was sexually assaulted by his maid and a female family friend.

Samuel went on to reveal that his virginity was taken by force, causing him to hate women while growing up as well as battle PTSD.

Read his tweets below 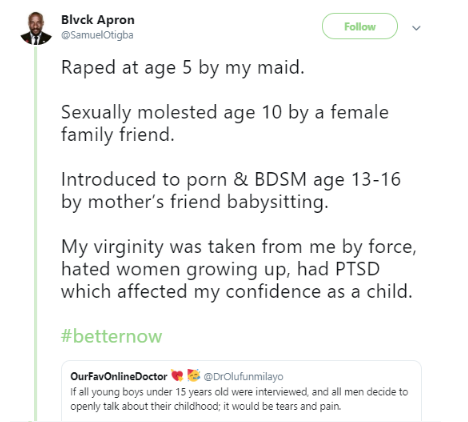 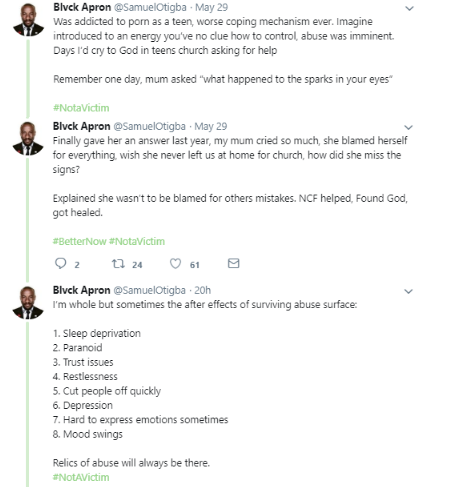 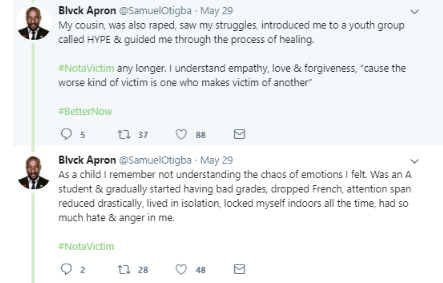