A man on Facebook identified as Ojong Agbor has accused Nse Ikpe Etim of engaging in abortion and ‘runs’ life.

This is coming some hours after the Nollywood actress revealed that she removed her womb because it was threatening her life.

Ojong Agbor in his post advised other women that engage in abortion to be careful as it will only result in the removal of the womb, no matter the status of the person.

Abortion and runs life will only land you here no matter the fame and money you will die a miserable person. God knows I’m not laughing at her but just want the younger generation to learn from her mistakes in life. Nollywood actress, Nse Ikpe-Etim has revealed she won’t be able to have a child for the rest of her life because she has no womb (uterus). 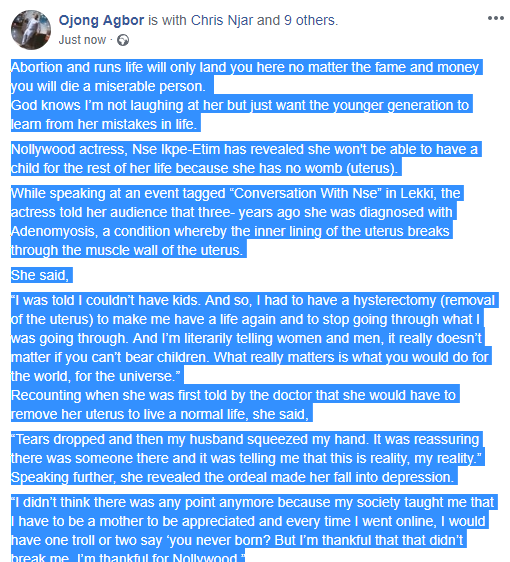