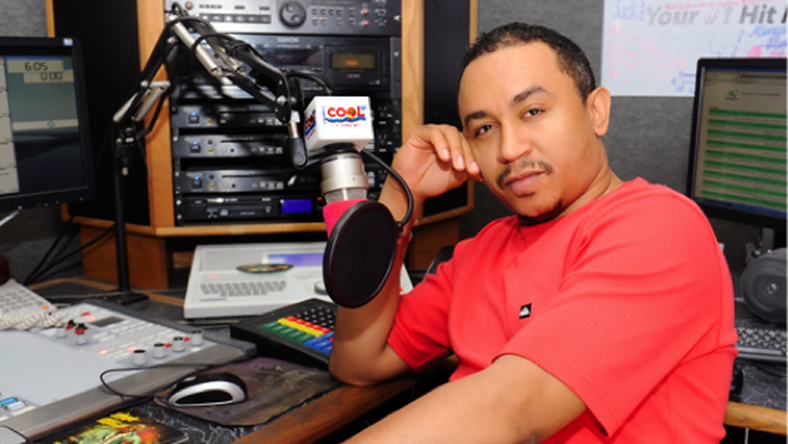 Controversial media personality Daddy Freeze has reacted to the statement made by Ghanaian Pastor, Victor Eghan that he feels  Christians who watch Game of Thrones will go to Hell.

‘If you’re so attached to Game of Thrones that you’re getting angry with me, then who are you worshipping? GOD or GOT? One letter makes a big difference. And that one letter change can make a big difference when you stand before GOD on that day‘.

Reacting to this, Daddy Freeze said it is highly hypocritical that the pastor would say such and added that he should have also advised people against reading the bible.

‘It is absolutely unscholarly and downright hypocritical to tell people to stop watching Game of Thrones without telling them to also stop reading the Bible, because there is hardly any difference between the storylines of both’.

Dear Pastor,
It is absolutely unscholarly and downright hypocritical to tell people to stop watching Game of Thrones without telling them to also stop reading the Bible, because there is hardly any difference between the storylines of both.

?Game of Thrones had 17 rape cases. The Bible also had many:
David’s daughter Tamar was raped by her own brother Amnon, Dinah, daughter of Jacob and Leah, was also raped and her brothers committed murder in their revenge, while many scholars suggest that David himself raped Bathsheba, Solomon’s mother. Solomon also murdered his own brother Adonijah because of a girl called Abishag.

?Game of Thrones had 144 scenes of naked people, the Bible also has a major scene; David dancing almost naked (Some Scholars say totally naked), in front of the the whole city, while Christ himself was stripped naked publicly and beaten before being crucified.

? You say there are prostitutes in game of thrones. Aren’t Christ, David and Solomon all descendants of a prostitute named Rahab? Mary was a prostitute and so also was Tamar, who slept with her father in law.
? Genesis 38:24 ?
NIV
About three months later Judah was told, “Your daughter-in-law Tamar is guilty of prostitution.

Therefore, this submission is ignorant and does very little to showcase anything apart from your ignorance of the scriptures. I watch GOT with my family, if there is a scene I find unfit, I screen it out.

Kindly read the Bible verse below and tell me if you dont find it unfit for children.

? Ezekiel 23:20 ?
NLT
She lusted after lovers with genitals as large as a donkey’s and emissions like those of a horse.