Godfather of stand-up comedy in Nigeria, Alibaba has reacted to allegations by Austrian and Bayern footballer, David Alaba, that U-17 officials wanted bribe for him to play for Nigeria.

Also Read: ‘I Don’t Look Like The Lady in Avenger’ – Georgina Onuoha

“That is how we roll. Halliburton bribe giver is jailed. Bribe takers not known. Virgin Nigeria, was asked for a bribe, rather than pay the bribe, the owner decided to divest. Many events have been offered some artists, “Take 3m… sign that you took 5m”. Once you say no, you are blacklisted. So, in the end, it’s not about quality… It’s conformity. And we think we have a constitution. You see, all the constitutions we have had since like forever have been by military fiats.” 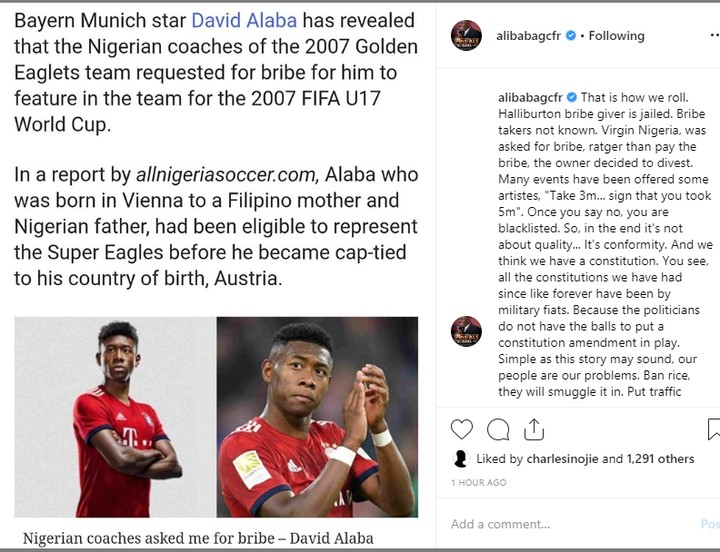