Nigerian author, Blossom Ozurumba has congratulated the royal family of Britain especially Princess Harry and Meghan Markle, over the arrival of their new baby.

On Monday, Informationng reported that the Duke and Duchess of Sussex welcomed a bouncing baby boy.

Blossom Ozorumba has expressed reservations about the way the birth of the baby was announced. The Author described it as sexist.

“i am as overjoyed as their Royal Highnesses, the Duke and Duchess of Sussex but I must not fail to express my view that I have the exact disyqte for this announcement as I had for the “Mama Na Boy” TV commercial produced by MTN Nigeria Limited in 2003 which was downright sexist.” 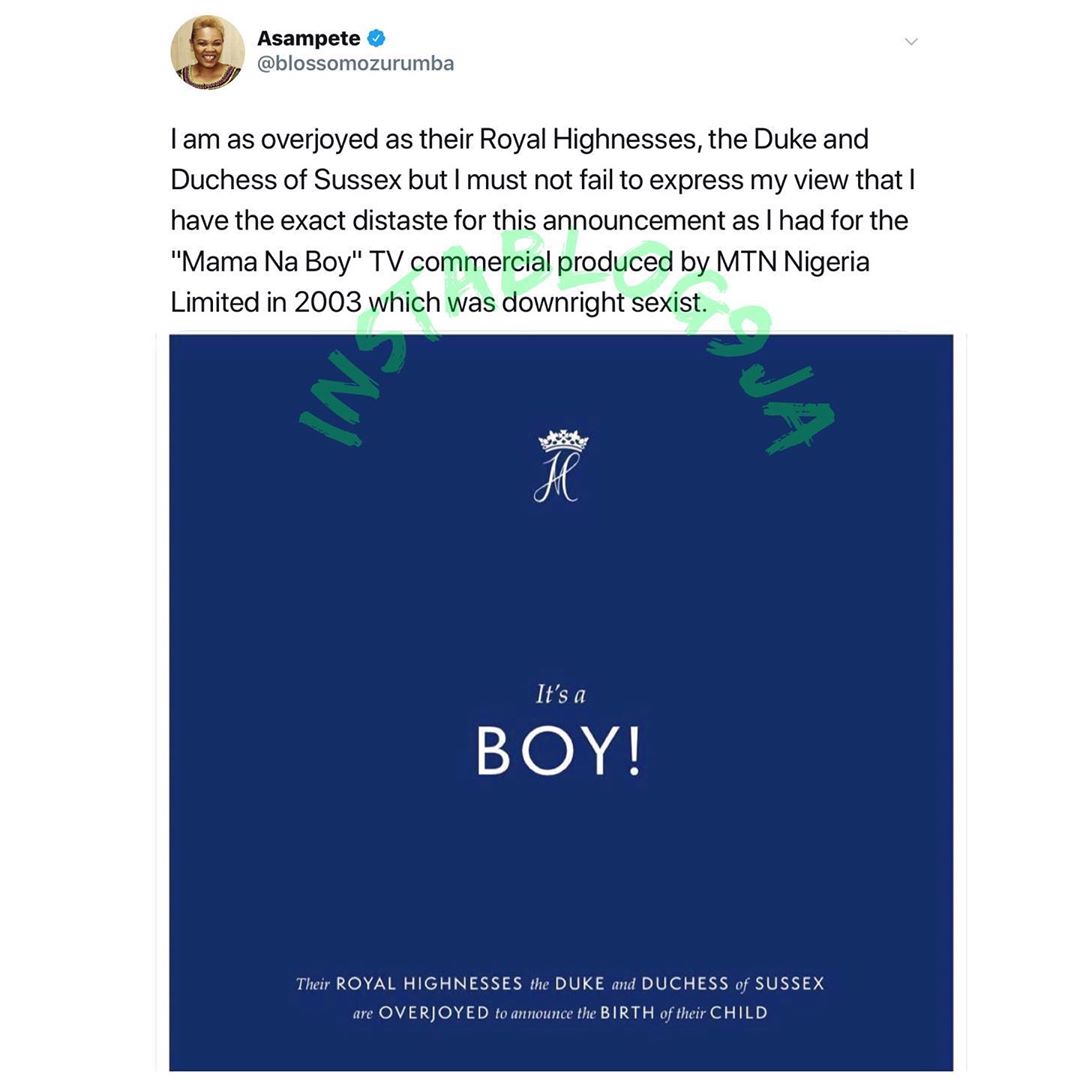