Home National News ‘Any governor who tells you he can tackle insecurity is a mere...
Facebook
Twitter
WhatsApp 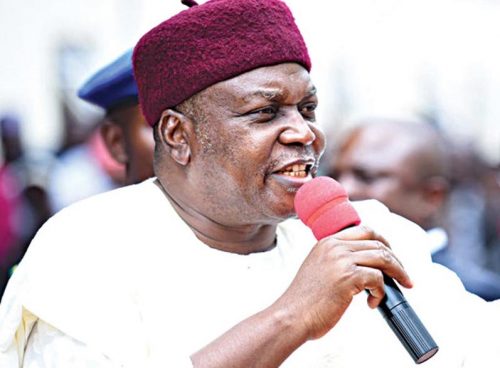 According to Ishaku, any state governor who claims that he can tackle insecurity is a mere liar.

While speaking at a function in the state capital, Jalingo, yesterday May 22nd, Ishaku said;

“If any governor tells you that he will do anything about insecurity, such a governor is lying. As governors we don’t have control over the police or the army and virtually there is nothing we can do about security.

We have been calling for the establishment of state police, but nobody seems to consider our position, but state police remains the only viable option to contain insecurity across the country now.

The constitution does not place the security architecture of the country in the hands of governors. I am praying myself for peace and I have also asked the people of the state to pray for peace in the state,” he said.