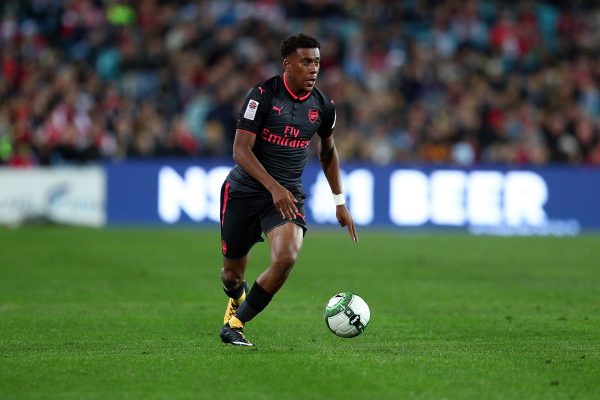 Chelsea proved too strong for Arsenal during their Europa League final which held in Baku, Azerbaijan, today. The Blues walloped their London rival, Arsenal, by four goals to one to win the Europa League trophy.

With the Gunners trailing at three goals to nil, Nigerian International, Alex Iwobi, was thrown into the fray and he pulled one back for his team with a ferocious 25-yard volley.

The attacking midfielder also took the game by the scruff as he carved out the opposition defence open on more than three occasions only for his teammates to let him down with poor finishing.

As a result of this, their disappointed fans have taken to their Twitter handle to single him out for praise despite the heavy defeat.

Video of the goal below:

For all the wanking over Aubameyang and Lacazette this season, Willock and Iwobi have done more in 15 minutes than they have in 85.

Iwobi legit created 4 goal scoring chances after his goal. Every touch and passes to perfection.

He deserves better than this Arsenal