The blogger has been in the midst of controversy since the day her birthday post claiming to own a house that belongs to someone else.

Blessing Okoro was arrested by the owner of the house and after she was released, the blogger threatened to commit suicide after she tells the world her story.

Also Read: ‘How I Sent My Wife To Toast Another Girl’ – J Martins Reveals

Reacting to the news, Etinosa took to her page to lambast the blogger, calling her an idiot. 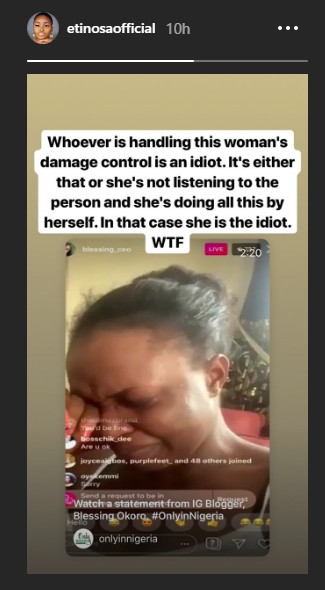