Reno Omokri, a former aide of the ex-president of Nigeria, Goodluck Jonathan, has thrown a Jab at popular crossdresser, Bobrisky.

Reno Omokri, while responding to a tweet by a follower that he talks more about women and less about men, asserted that humans are insatiable.

The former aide revealed that he had been accused by women before that he talks only about men and now men are crying of the same treatment.

He pointed out that with the way things are going, even Bobrisky, who is claiming to be a lady, will call him partial. 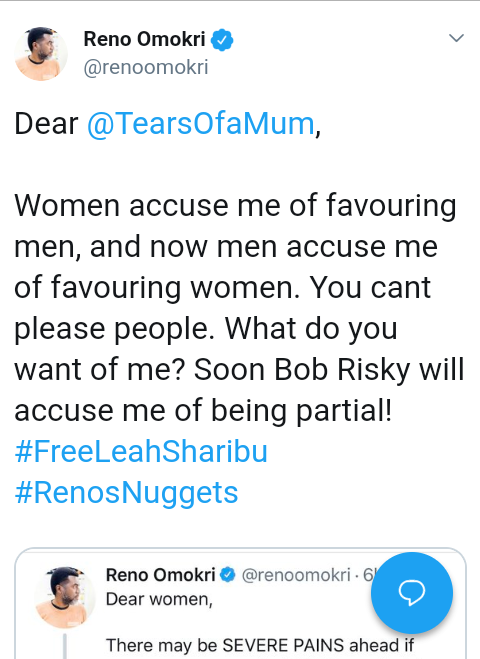