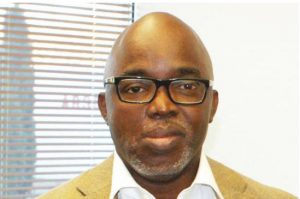 The federal government has charged the president of the Nigeria Football Federation(NFF), Amaju Pinnick, and four other to court over allegation of embezzlement of $8.4 million.

According to the charge sheet, the money was allegedly paid by the Fédération Internationale de Football Association (FIFA)  to NFF as appearance fee for participating in the 2014 World cup tournament in Brazil.

The other accused people along Amaju Pinnick are: