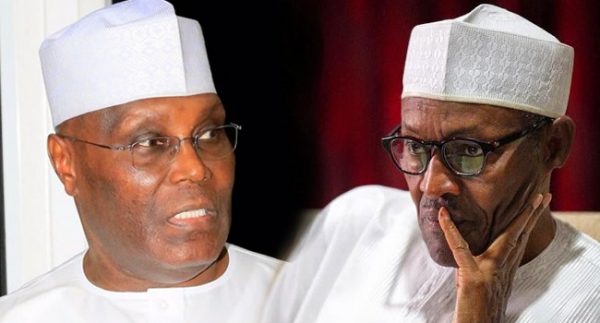 Alhaji Atiku Abubakar, the Peoples Democratic Party(PDP) presidential candidate in the just concluded poll has accused President Muhammadu Buhari of planning to jail him because he refuses to let go his mandate.

According to Atiku who spoke via a statement issued by his media aide, Paul Ibe, yesterday, he accused Buhari of planning to rope him in a coup plot against his administration.

“We want to know why the desperation on the part of the Muhammadu Buhari government to rope in the PDP and its Presidential candidate in phantom plots? Obviously, President Buhari wants to replay the phantom coup plot saga of his now deceased mentor, who threw former President Olusegun Obasanjo in jail after falsely accusing him of treason in order to perpetuate himself in power.
“Could it be that they are now aware that the electoral fraud they perpetrated during the last presidential election is about to be exposed beyond a shadow of a doubt?” the former vice president wondered. He noted that if there is anybody beating the drums of war, it is the APC leaders, whom he said issued statements threatening Nigerians and foreigners alike with ‘body bags’. Atiku described himself as a “thoroughbred democrat,” noting that he joined forces with the likes of Chief Moshood Abiola and Dr. Alex Ekwueme to resist Abacha’s dictatorship and fought for the democracy Buhari and APC were allegedly trampling on.
“For the avoidance of doubt, Atiku Abubakar resisted the Abacha dictatorship, of which President Muhammadu Buhari was a prominent member, and it is his resistance and the sacrifice of his co-travellers, like Chief MKO Abiola and Alex Ekwueme, amongst others, that gave rise to the democracy that the current government is now trampling on.