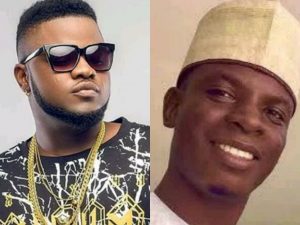 President Muhammadu Buhari’s aide on new media, Bashir Ahmad, has fired back at the singer, Raoul John Njeng-Njeng, better known by his stage name Skales for calling him an idiot.

Bashir who replied through his Twitter handle said he wished his family, the singer’s family, and family of every Nigerian well before going on to say he wishes him well as he prepares to release his new single – a pointer to Skales trying to stir up controversy such that when he drops his new singles, it would be accepted.

Part of the price of being a public servant; anyway, I wish my family, your family and family of every Nigerian well. As you prepare to release your new single, all the best! #smile https://t.co/sBJMec96un