US rapper and Bronx native, Belcalis Almanzar, who goes by the stage name Cardi B has reportedly suspended her remaining concerts for this month. 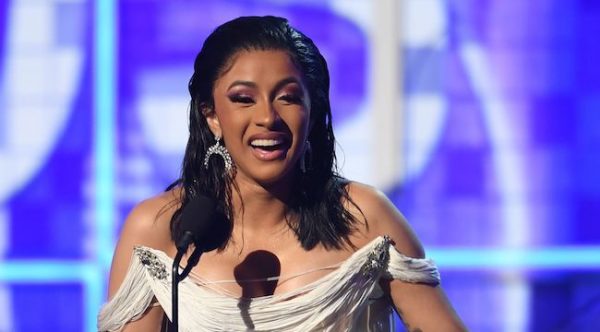 The mother of one who recently confessed to going under the knife after the birth of her daughter, Kulture developed some complications. A statement released by her publicist explained that the rapper did not take enough time to recuperate after her surgery as she was in a haste to get back to work.

“Cardi was overzealous in getting back to work. She didn’t take the time necessary to fully recover. Her strenuous schedule has taken a toll on her body and now has been given strict doctors orders to pull out the rest of her performances in May.”

TMZ also confirmed the reports claiming that the rapper withdrew from her Baltimore’s 92Q Spring Bling Festival scheduled for this Friday, May 24, 2019 because of some crucial challenges from the recent cosmetic surgeries.

Cardi B had earlier disclosed to her fans during a show in Memphis that she shouldn’t really be performing because moving too much could ruin her liposuction.

In addition, she revealed that she got a second breast augmentation saying,

“I just got my boobs redone, I feel good, but then sometimes I feel like not, you know? [When] your skin is stretched out.”

Although the rapper was present at Rolling Out Loud Miami in Fort Lauderdale, Florida, on May 11, 2019 and she even posted a video of herself grooving along to her new song featuring DJ Khalid and 21 Savage, “Wish Wish” on Sunday, May 19, 2019, she seemed well.

In a news release by Live Nation, the singer will now perform on Saturday, September 7, 2019 in Syracuse. The show set for May 26 at SPAC in Saratoga Springs will hold on September 6, 2019. People who can’t make the new concert date can obtain refunds.