According to the veteran musician, Governor Rochas Okorocha should be thanked for this impending end for Buhari.

Also Read: ‘Olamide Is All About The Money’ – Timeout Drags Olamide Management Skills

Charly Boy pointed out that the two statues Rochas previously unveiled were that of formers, who resigned and lost election after the unveiling.

The musician thus expressed his gratitude to the outgoing Governor of Imo state. 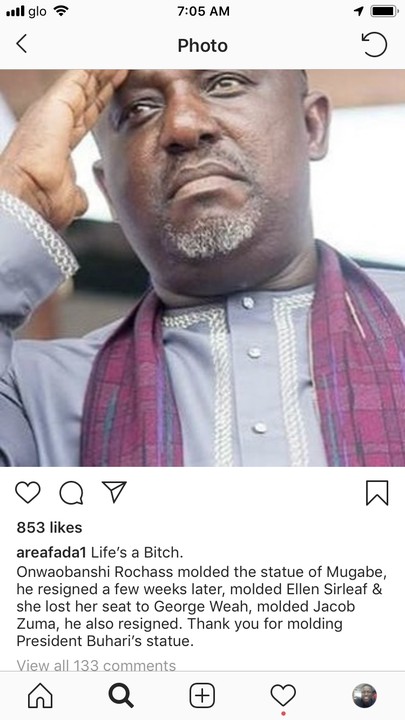