Popular Senator, Dino Melaye has been recognised as a man of integrity for his outspokenness by a media organization.

The Nigerian Association of Christian Journalists presented Senator Dino Melaye, who has given hint that he wants to contest for the governorship seat in Kogi State, the “Man of Integrity” award.

This award is coming after a turbulent start to the year for the senator, whose house was surrounded by the police authority for more than 3 days in January.

The Senator won his re-election bid and is believed to be one of the major forces of the Peoples Democratic Party (PDP) returning to the upper chamber.

See the award below: 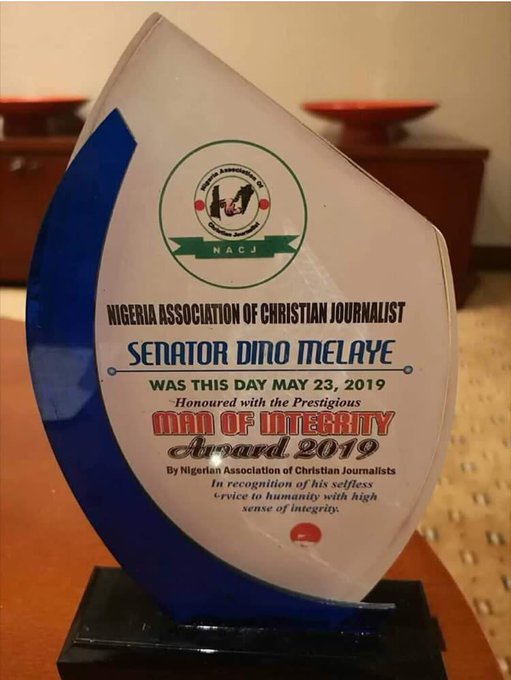