Chijioke Nnamani, a corp member has reportedly been imprisoned for daring to criticize the management of a certain University in Nigeria.

Reports have it that Nnamani was allegedly arrested and jailed following a post he made on social media, about just how bad the school he graduated from poorly treats its staff.

”How can this Young youth be imprisoned simply because he criticized his former school Madonna University for not having good lecturers… He will be in Fed High Court Awka on Monday…. Kindly Retweet till #FreeNnamani trends” 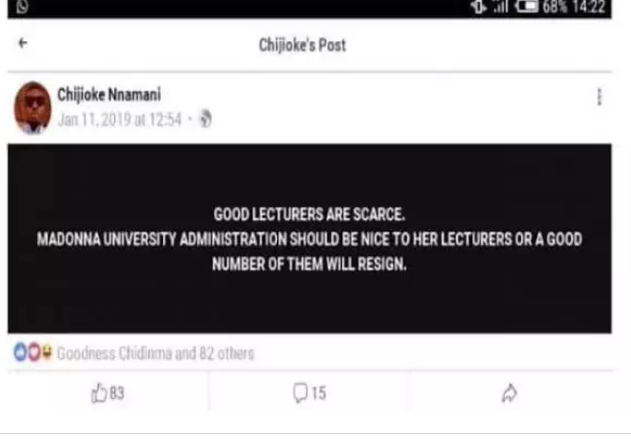