Popular comedian, Funnybone has given his one cent of advice to Nollywood actress, Tonto Dikeh, over her feud with her estranged husband.

Tonto Dikeh gave an explosive interview, where she revealed that her ex-husband, Olakunle Churchill is an Internet fraudster.

Reacting to the continuous attack by the actress, Funnybone advised her to move on with her life for her son’s sake.

“DIE THIS TOPIC AND MOVE ON TONTO. YOU ARE OVERSTRETCHING. YOUR SON WILL GROW UP SOMEDAY AND BE EMBARRASSED BY ALL THESE.”

“it’s been two years naa. Let this man rest and move on. come on naaa” 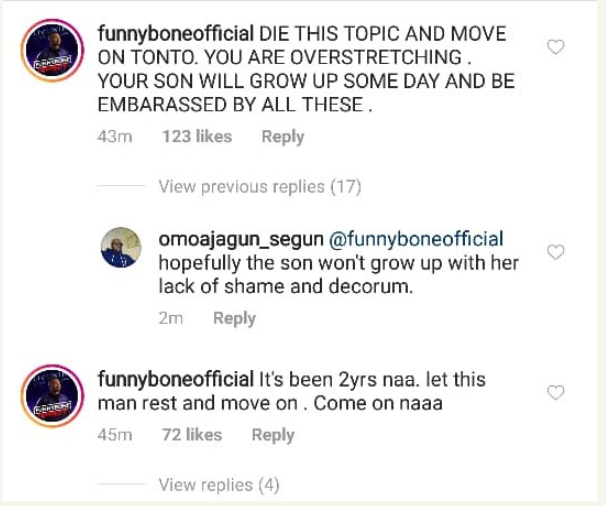