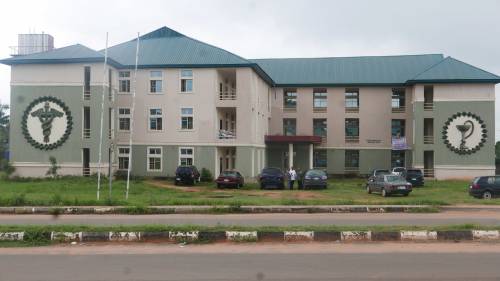 A new report has revealed that the Association of resident doctors (ARD) at the  Chukwuemeka Odumegwu Ojukwu University Teaching Hospital (COOUTH), Awka, has begun an indefinite strike action due to the poor welfare of doctors in the state.

Chairman of ARD COOUTH, Obinna Aniagboso, made this known in a statement on Monday in Awka.

“It is on record that health workers in the hospital earn the least in the country, if not in the whole of West Africa.

“It is also no news that doctors here earn below 50 per cent of their actual entitlement compared to their counterparts elsewhere.

“This meager income hardly meets the bare necessities of life for the doctor and his family, let alone sponsoring professional examination and academic courses of residency programme.

“Again, staff of the hospital has been subjected to professional stagnation, without promotion or progress since employment.

“Frustration and disgrace have led to steady exodus of highly qualified and experienced personnel, including consultants and senior residents, thus rendering the workforce unstable and undermined.

“Taking recourse to industrial action has never been our intention, but, unfortunately, we have been pushed to the wall for a long time and bruised, while efforts to get redress have proved abortive.”

Obinna continued by urging Willie Obiano, Anambra State Governor to deal with their concerns so as to save the lives of the sick ones in the hospital.

Chief Medical Director of COOUTH, Basil Nwankwo, speaking on the issue stated that the state government is meeting with the doctors to address their demands.