Home Entertainment Don Jazzy’s Advice To A Troll Who Questioned His Voice Is A...
Facebook
Twitter
WhatsApp

Ace producer, singer, and the CEO of Mavin Revord label, Don Jazzy, has advised a fan who queried his voice in a song to stop listening to the song.

The ace producer was dragged out by a Twitter user identified as @tobysamson who queried his part in B-Red’s song “E Better” which Don Jazzy featured on.

The musician replied the troll in a sarcastic way. Don Jazzy wrote:

Lol pele. Off am when e reach my verse. 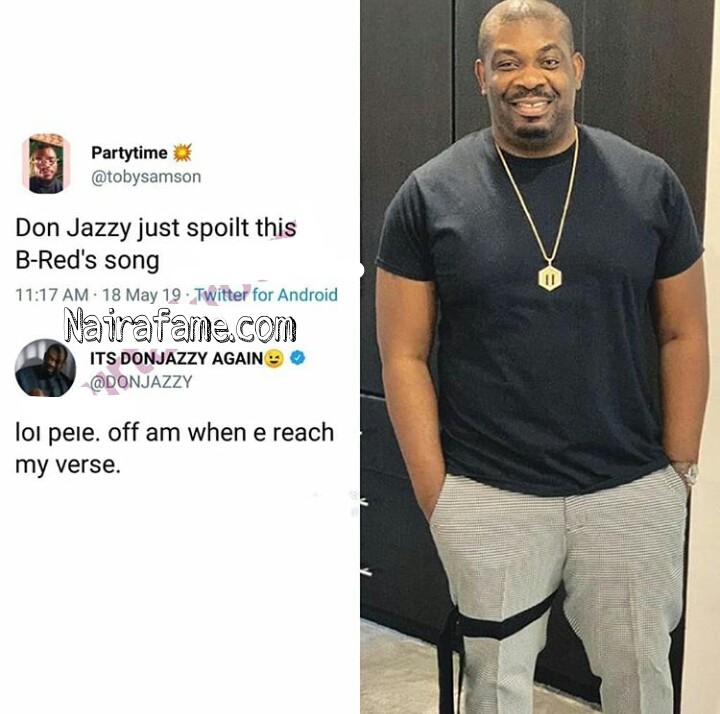