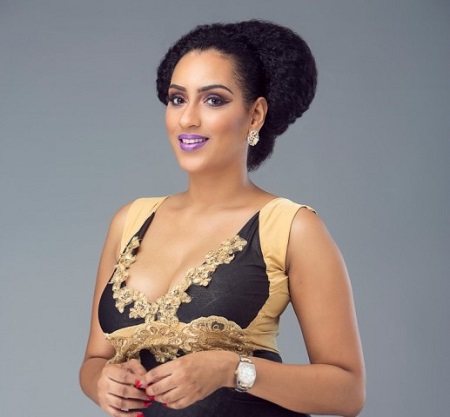 A Nollywood actor, Uche Madugwu has urged Ghanaian actress, Juliet Ibrahim not to waste her breathe changing words with a “spiritual drama queen” in Nigeria.

This is obviously in reaction to the Ghanaian actress being called out by Nollywood actress, Tonto Dikeh as one of those celebs that beg her “men” for money.

Tonto who had taken to Instagram recently to read the riot act to her colleagues in the habit of begging the men she’s in a relationship with, for money to assist — Having just landed in a new relationship.

The controversial actress promised to beat anyone who dares to come close to her or her new man.

According to Maduagwu, Ibrahim shouldn’t bother responding to Dikeh, who he described as a “spiritual drama queen”.

It’s better to be SINGLE, and begging God for MONEY, than for a woman’s BRIDE price to be returned… Abomination. @julietibrahim OMG, you have the voice of a LEGEND on PHONE.

@julietibrahim Abeg, don’t stoop LOW as to exchanging words with spiritual drama queens whether in #Accra or Nigeria, sometimes, women with COSMETIC body in Africa confuse when a GOOD woman is begging God for money with their MYOPIC thought of her begging their imaginary BOYFRIENDS for MONEY in FUTURE, that’s the side effect of cosmetic surgery… my dear, WISDOM is not as common like “Agege bread” in Naija.

@julietibrahim Please always THANK God for being single, or is it not better to be single, than for your bride price to be returned by your INLAWS?

Ask any ELDER in Africa, and they’ll unanimously tell you that there is no bigger abomination than that