Charly Boy has reacted to the nudes pictures released by Nollywood actress, Uche Ogbodo on her birthday.

Uche Ogbodo stoke the fire of controversy when she uploaded nude pictures of herself.

Charly Boy who took to Instagram to comment on the controverUche Ogbodo shared has encouraged and further revealed that he hopes to do some nude shots with the Nollywood actress.

Also Read: Toke Makinwa Reveals How Her Ex-Husband Missed Out On Her Life

According to the veteran singer, it was a creative shot and he has been laughing at those who have lost sleep over the photos.

He further stated that nobody should let the expectations and opinions of other people, affect their decisions. Revealing that he hopes to do some nude shots with Uche Ogbodo 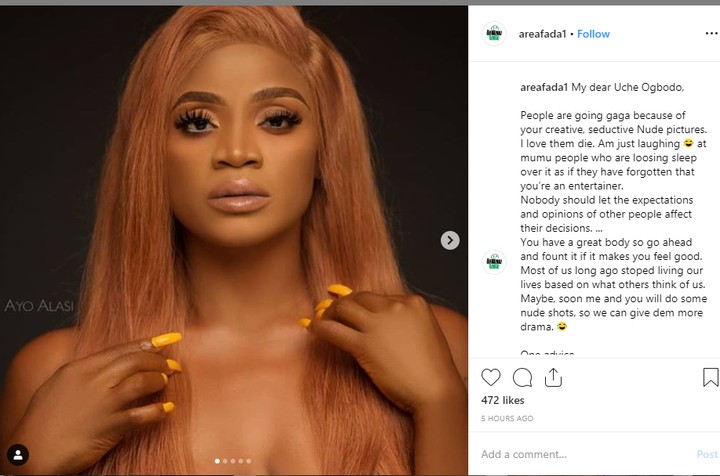