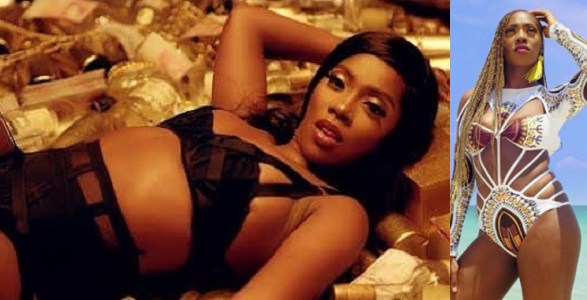 Former Marvins singer, Tiwa Savage, who has joined American record label, Universal Music Group(UMG), has shared that she was nervous to tell Don Jazzy when she became pregnant.

She added that she had to tell him at the airport when they were travelling for a show knowing that he wouldn’t be able to say much. She further shared that she was surprised when Don Jazzy told her that he was already aware and had plans in place for her career to be on track even when she is heavy.

”When I got pregnant I was nervous to tell you so I decided to tell you at the airport when we were traveling for a show. I figured you couldn’t really say much in a public place 🤣🙈 but then you told me you already knew and had already been thinking of a plan to keep my brand going while I took some time out. I was shocked because you weren’t phased by the news, you had already started making plans. I recorded the RED album while I was heavy and I would fall asleep during sessions and you and the whole team would crash in the studio right there with me till I woke up again and was ready to finish recording. There was nothing you would hear about me that ever made you mad, no outfit was too crazy, no headline was too controversial for you to handle no crazy outburst no nothing. If I said today wasn’t emotional for me I would be LYING. Please promise me that our relationship will never change. I only want to make you proud of me. Not every superhero has an S on their chest. You are my superhero DON DORO BUCCI. 7 years, 7 the number of perfection. I LOVE YOU ALWAYS AND FOREVER. Mavin 4lif” 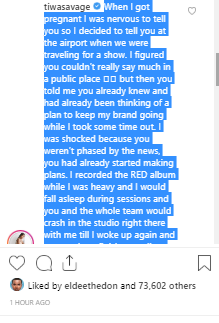