The Nigerian entertainment industry is in a see no evil season, as celebrities and fans keep on trolling and attacking each other.

No surprise then that, Nollywood actress, Rita Dominic was in a good form for a fan who dropped what the actress deemed unpleasant comment on her post.
Rita Dominic had posted on her Twitter page that she just had the best ‘Afang soup.’
More Gist: ‘Give Am 1m’ – Davido Offers Shoki Shitta, Who Was Beaten For Disrespecting Wizkid
The troll fan responded to her update, questioning whether they should run away because she just had the best Afang soup.
Not ready for a mild drama, the Nollywood actress advised the troll to fly out of her page.
See their conversation below: 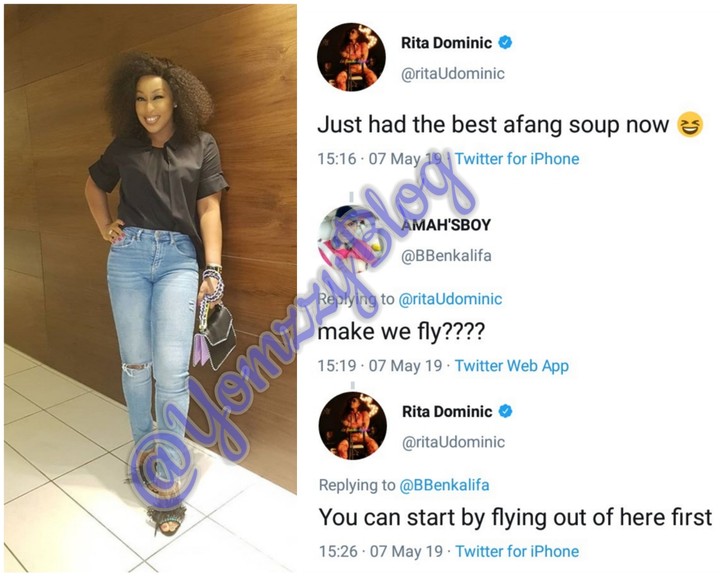