Popular Nigerian musician, Davido has offered N1m to a ‘street tout’ identified as Shoki Shitta, who was beaten for disrespecting Wizkid.

Last week, it was reported that Shoki Shitta trolled Wizkid last for not giving them money when he came to Shitta in Surulere.

Shoki Shitta was said to have informed his crew members playing a Wizkid song to change it to Davido’s song.

The street rep hailed Davido, as he claimed they were given lots of money when Davido shot a video in Shitta with US rapper, Cassanova.

He revealed that Wizkid has been renounced from a being a member of the hood. However, the street tout got more than he bargained for after he tailed Wizkid to his sister’s shop, shortly after the singer turned up with a top member of his hood, Baruwa Shitta.

Davido who got the information about Shoki Shitta being beaten for disrespecting Wizki told his manager Lati to give him N1m for his show of support. 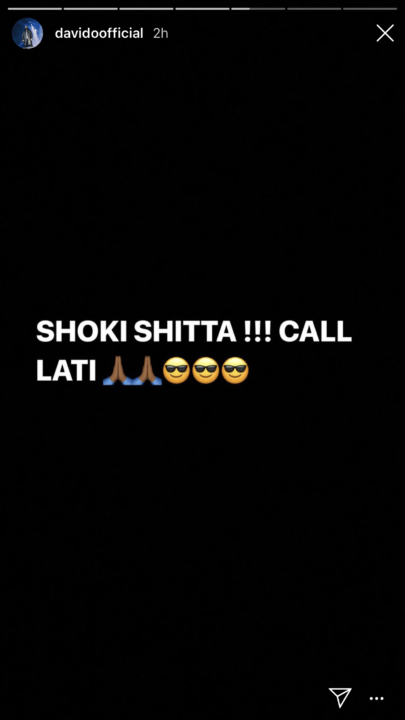 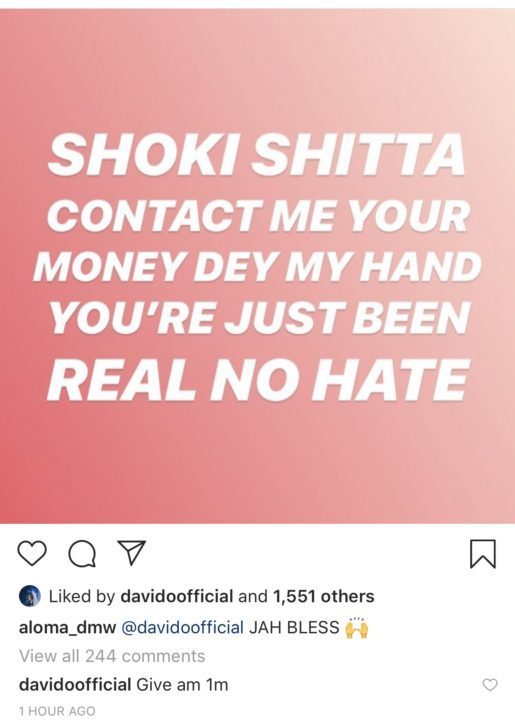