Mixed reactions continue to trail the arraignment of the rapper, Naira Marley by the Economic and Financial Crimes Commission (EFCC) over alleged forgery and internet fraud.

Before his appearance in court today, popular crossdresser, Bobrisky, publicly prayed for the rapper.

Also Read: ‘Do That Sh*t In Private’ – Teebillz Drags Ruggedman

A follower responded to the prayer, pointing out that what happens to the people who have been defrauded.

How about people they have defrauded?

But Bobrisky jumped to the singer’s defence and asked the follower not to judge.

He hasn’t been confirm guilty yet Mr. He is only a suspect for now. Don’t be quick to judge. 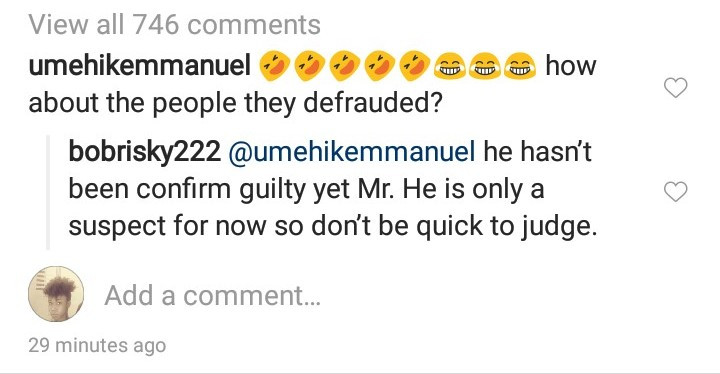