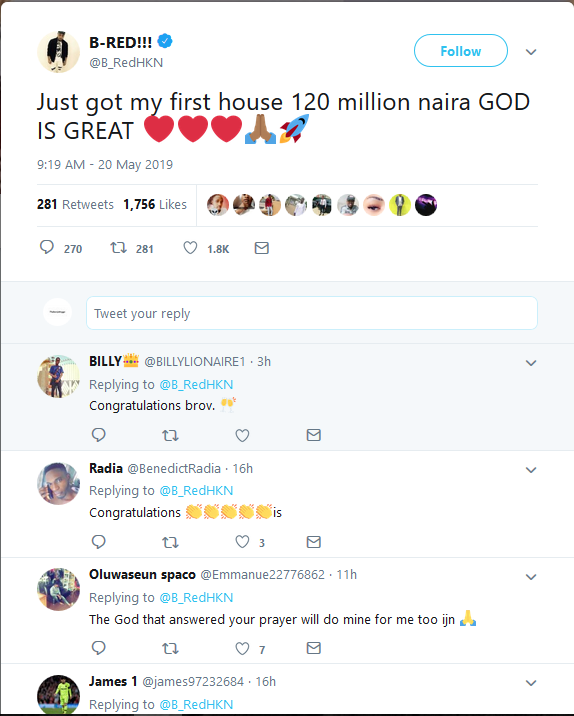 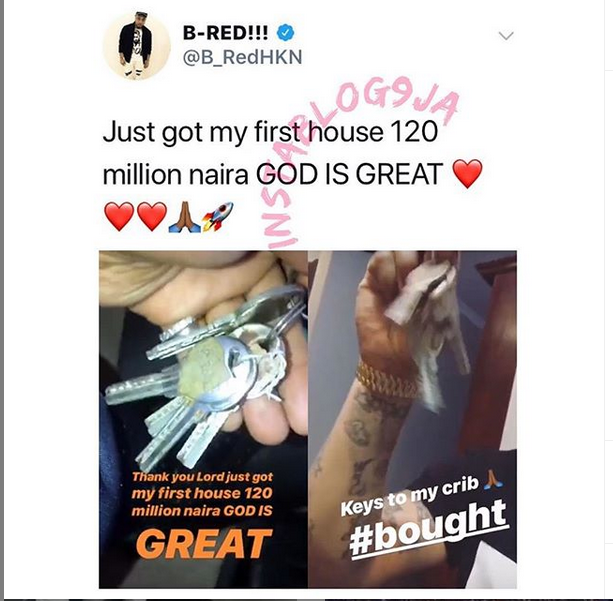 B-Red could not hold his excitement as he celebrated his newly acquired house in a Twitter post showing off the keys to the house.

On his caption “he said thank you Lord just got my first house 120million naira. God is great”.

The son of the Dancing Senator, Ademola Adeleke just dropped a new single titled “E-better” featuring Don Jazzy, the video has over 1.2 million views on Youtube. The HKN artist is yet to drop an album since he came into the music industry.