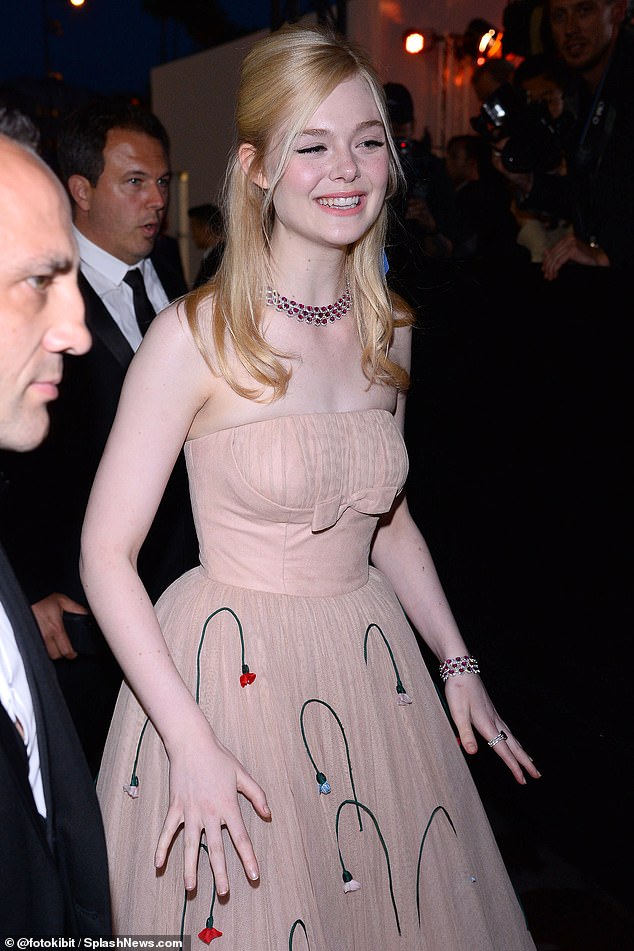 Hollywood actress Elle Fanning reportedly fainted at this year’s Cannes Film Festival where she is a member of this year’s jury.

The actress fainted during the gala dinner this week, which she blamed on her donning a “tight dress” she wore at her “time of the month”.

Elle took to IG to share the news writing; “Oops, had a fainting spell tonight in my 1950’s Prada prom dress but it’s all good.”  She posted a selfie adding the hashtags #dresstootight and #timeofthemonth.

British actor Colin Firth, who was also at the dinner, quickly rushed to Fanning’s aid until she was taken for medical assistance.