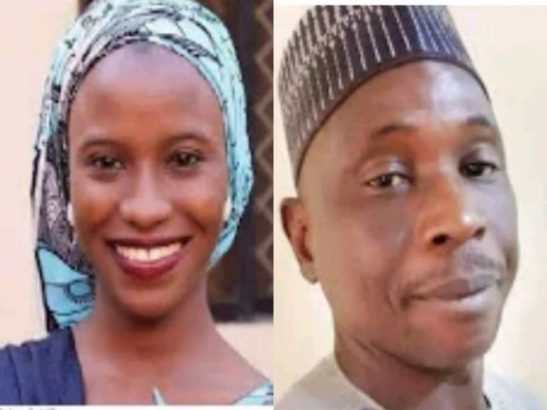 Alhaji Habib Aliyu Kila, who is the father of Zainab Aliyu, the Nigerian student who was arrested in Saudi Arabia on drug-related charges, has finally revealed how his daughter was set up.

Read excerpts of his interview with Daily Trust;

Daily Trust: Your daughter Zainab was arrested and detained for four months by the Saudi Arabian government over alleged drug trafficking. How did you learn about it?

Habib Aliyu Kila: My wife called and informed me about the unfortunate incident around 2 am Nigerian time. I first submitted to Allah, then early in the morning, I rushed to Malam Aminu Kano International Airport (MAKIA) and reported the case to the National Drug Law Enforcement Agency (NDLEA) and lodged a complaint with the deputy commandant of the command both orally and in writing.

Within a few minutes, four officials of the National Handling Company (NAHCO) were summoned to his office and asked to produce their codes in order to identify who among them tagged the baggage of travellers on the very day my daughter travelled to Saudi Arabia. Fortunately, while the leader of the team was narrating what happened on that day, a lady among the NAHCO officials called Roda interjected and said she will say the truth, and she was allowed to talk.

In her explanation, she said the leader of the team brought a bag to them and directed them to tag it in my daughter’s name. She also said that their leader gave them some money which they shared among themselves.

Roda was saying all this in my presence and after all the narrations, their GSM phones were checked and some text messages were detected indicating how they communicated among themselves, received the bag and tagged it.

Also, a picture of the bag was seen in their phones which was sent to the person who was to pick up the bag at King Abdulazeez International Airport in Jeddah.

To my surprise, the next day, the same lady, Roda, knelt down and held my leg asking me to forgive her, that she only tagged the bag in my daughter’s name to earn a living. So, I told Roda that I have submitted everything to Allah and I will pursue it to its logical conclusion.

DT: What do you think the government should do to address this kind of problem?

After I was stopped at the main entrance, I was asked to speak to an official of the consulate through an intercom. I introduced myself to him and told him about my mission. He acknowledged that he was aware of the problem, then I told him that I was there to present to them some documents, that is the court charge against the six persons arrested and the report of the NDLEA to Saudi Arabian government.
Unfortunately, the man turned down the documents, saying they don’t receive documents from anybody, that if I want to submit these documents, I should take them to Abuja. I told him the same documents were received by the president, the Saudi Arabian Embassy in Abuja and Ministry of Foreign Affairs, but he refused to receive the document.

DT: Now that your daughter Zainab has regained her freedom, have you forgiven those who implicated her?

Kila: No, I want them to be punished so that it will serve as a deterrent to others. How can somebody try to jeopardize somebody’s life and go free? I want nothing but justice. My daughter was detained for four months for an offence she did not commit, therefore, those who trapped her should be brought to book.